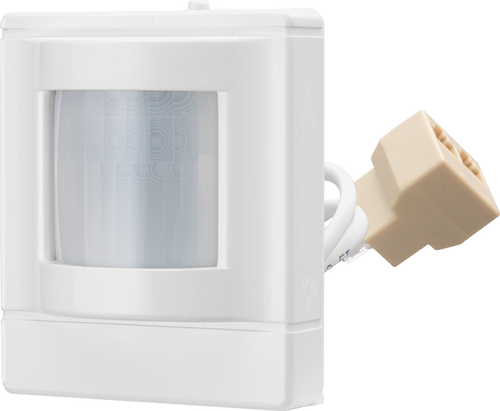 Long narrow PIR detection for control of hallway lighting is provided by the HW13 Series sensor. Typically mounted at either end of a long corridor, the HW13 detects occupants entering the hallway up to 130 ft away. Detection at these distances is for entrances at right angles to the beam pattern. The HW13 may also be used with other low voltage sensors to adequately view a space. For example, a CM 10 ceiling sensor may be in a vestibule at one end while the HW13 is at the other. The HW13 is best mounted at 7 ft. PIR Occupancy Detection Coverage up to 130 Linear Feet Communicates with other Sensors Programmable w/o removing cover Time Delay: 30 sec to 20 min Green LED Indicator 100 Hr. Lamp Burn-in Timer Mode